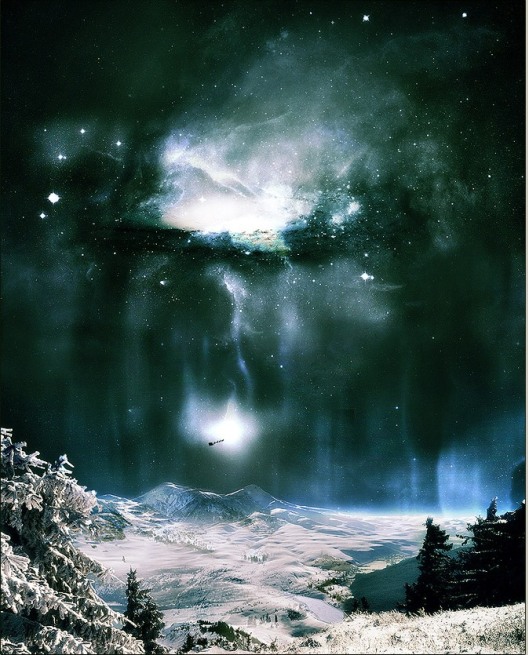 Hear the Secret through the Snow,

Sparkling Whispers in the Midnight Hush,

Twinkling Magic in the wink of an eye,

Nod your head and Sleep; 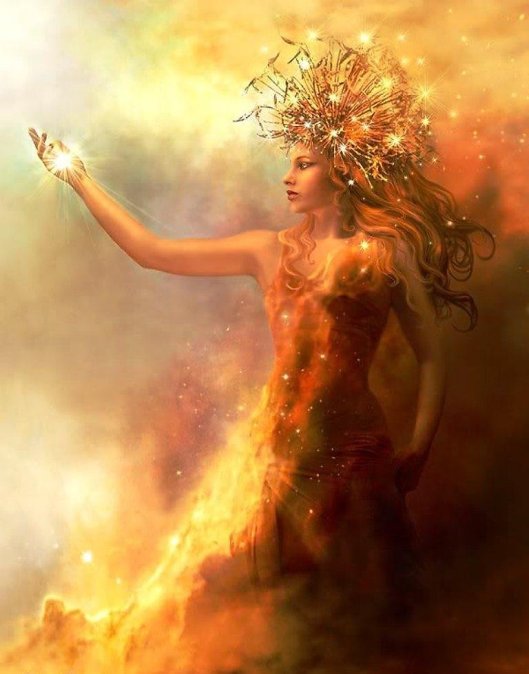 The Arch of Blackness

In the Paradoxical Rhyme 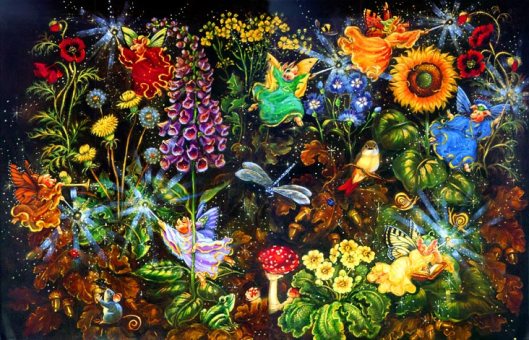 Believe it or not, most of my poetry has an underlying metaphysical correlation.  I know, hard to believe when you read words that are so filled with frivolous fun, but I have always thought this gift for words I have been given should be used as responsibly as I can.  Oh to be sure, I do also write fluff, just for fun, but this bouncing little verse is actually a verbal demonstration of the term ‘Pas de Duex’.  Defined as:   a dance or figure for two performers; an intricate relationship or activity involving two parties or things, I have used the image to indicate how everything in nature dances together in an intricate relationship that often Inspires Happiness and produces Beauty.

This Spinning folly Turning in my brain,

Compelling me to either swim or sink,

Taking me to the Cerebral brink,

Where either madness or Brilliance Ensues,

Through me, From Thee, Gently Speaking.

Thank You For Inspiration!

Day 35 of 365 of the Daily Thankfulness Journal Challenge

Through the Moonlight Singing,

Magic to the Wondrous Sight!

In the Silence the Portal waits

A crossing most Enchanting,

Moving all who find its Magic,

The Bridge resides in barren blues,

It Sees, It Lives, It Breaths;

Hidden in the Silent realm

Beneath the forest’s eaves.

In the Hush the crossing Lingers

A fragment of sweet Yesterday;

The bridge exists in the in-between,

Beyond the grasp of mortal ken,

Waiting for the Long-Lost Souls

In Marvelous conundrums of enigmatic tempests

If you’re looking for something whimsical or magical, poetry, photography or prose, Brenda has what you seek 🙂   Pop on over for a treat 🙂

Turn me not from Sparkling Twilight,
Either to the left or to the right,
But point me Straight on to Morning,
With Pixie Dust generously Adorning,
Where Imagination Shall be my Guide,
And Laughter books passage for the ride.

.
~Morgan~
.
.
.
All Artwork found on Pinterest. Credit acknowledged to the Amazing Original Artists. Thank You! 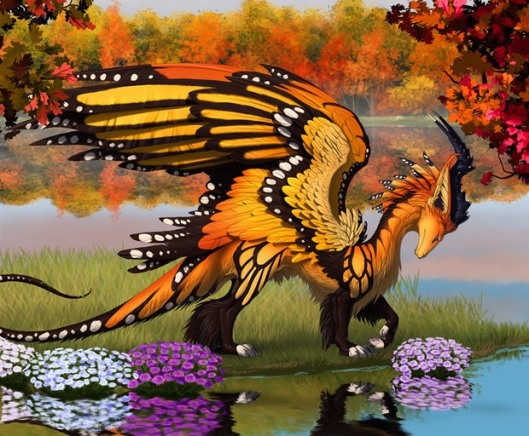 Of all that shimmers,

And all that Speaks of

Dance before my gaze of Wonder

Today I am proud to introduce you to Author J. Steven Young, who shares adventurous and imaginative observations on life across multiple genres, including children’s activity books, young adult and fantasy. His Hashtag Magic collection is quickly moving up the fantasy charts on Amazon and the third book in the series is now released.

Raised in the Chicago area, J. Steven witnessed his fair share of injustice growing up and always imagined how he could make life better for everyone if only he’d had magic or super powers. It took years for him to understand that he did have a gift. Though he traveled the globe in his youth, he still favors the lands of his imagination and wants nothing more than to share his visions with the world. He hopes his gift will allow readers to escape from reality, if only for a spell.

Following his education in technology, with a focus in writing and communication, he’s spent his career working in the tech and travel industries. It allows for some creativity, but it doesn’t compare to the freedom of creating new worlds and magical creatures.

A passionate home chef, J. Steven, can often be found in the kitchen with his agreeable husband, Tom, and their spunky little Siamese kitten, GusGus, who runs the house. When he isn’t working or writing, J. Steven is never more than a step or thought away from adventure. Whether spending time in his enchanted garden, conjuring up new recipes or spending time with family and friends, he’s always dreaming up new fiction based on over-the-top characterizations of the people he meets.

J. Steven is the author of over a dozen books and lives in Chicago, Illinois.

Today J. Steven is talking with his character, Fizzlewink, seen below.

Interviewer: Welcome Fizzlewink, Happy to have you here today. Why don’t you start by telling us a little about yourself?

Fizzlewink:  I’m only doing this because I lost a bet with an old witch. I’m a little blue man who mentors young magic users and I take the appearance of a cat when mundanes are around.

Interviewer: You seem jaded by humans, what is your history with them?

Fizzlewink: I have walked this Earth for centuries. In the times of magical recession, the time where the power force of magic–Emassa—was limited, I began serving as a muse to humans. Some humans were more intelligent than others, but in the end, it was me who did all the work through suggestion. Once magical energy began to flow again, I was able to seek out those with a gift and return to mentoring mages.

Interviewer: You say ‘mages’ why not witches?

Fizzlewink: I have history with many magical types, and witches I have trust issues with. It was the great witch of the Maya who created my kind, so I do owe her my existence. However, we were created to be used and lied to. Now that I have been in that witch’s presence again of late, she has done nothing to sway my opinion.

Interviewer: Well I suppose we can avoid that subject. What is the best thing that ever happened to you?

Fizzlewink: My family. I have a wonderful mate and three little kits. Kits are children to my people since we all take a form of cat as a guise, we also call our offspring kits, similar to kittens.

Interviewer: How sweet, and where are your family now?

Fizzlewink: Locked away in a time sealed spell. Another manipulation of that witch. I have to complete my work with her grandson and see an end to our current dilemma before I can be reunited.

Interviewer: What is this current dilemma?

Fizzlewink: A complete resurgence of all magical power focused on the boy Colby Stevens. He is some kind of fulcrum of power we have yet to understand, but his existence has brought about some strange events and changes to magic.

Interviewer: Colby, he is your student at present I understand. What has he done to magic?

Fizzlewink: Well he created a shortcut. He’s cheating magic by using his gizmos you modern-type call smart devices. He calls it Hashtag Magic, because he can type in spells with that funny symbol and his program makes the proper runes to enact the magic. It’s an embarrassment to the ancient magical community.

Interviewer: What is the most embarrassing thing that ever happened to you?

Fizzlewink: Ha. No magic involved in that. I have been watching over Colby since he was a child, and without his magic. The little monster just saw me as the family cat and one day covered me with glue and glitter. It happened so fast he may have actually tapped into magic, but I’m uncertain. What I do know is that I looked like a four-legged mobile disco ball for days until I got myself cleaned up.

Interviewer: Any final words of advice to those just learning their own magic?

Fizzlewink: No Shortcuts to magic. You need to learn from the basics and build a proper foundation because you can’t always depend on those shortcuts to get you out of sticky situations.

Thank You J.Steven for sharing your time and talent with BnV 🙂

Whispers in the void

Memories from the Beyond

This is a sort of English-language haiku. While the haiku is a three-line poem with a 5-7-5 syllable count, the lune is a three-line poem with a 5-3-5 syllable count. There’s also a variant based on word-count, instead of syllable count, where the poem still has three lines, but the first line has five words, the second line has three words, and the third line has five words again. Either kind will do, and you can write a one-lune poem, or write a poem consisting of multiple stanzas of lunes. Happy writing!”

So often I write with my eyes closed, waiting. Hands poised over the keys (of my laptop), ready. Heart quiet in restful calm or pounding in passionate inspiration, and Spirit open, willing, questing, seeking, listening, as the words and images come tumbling down. Down from Heaven,down from the sweet, sparkling heavens, down from the clouds of thundering rain, down from the mountaintop, down from the breathless moon and silken skies.

There I am, an open vessel; a cracked vase that cannot hold this rushing flood, yet I can channel it, directed it into the pages of my memory, (and my blog!) As I sit quietly, waiting; or desperately trying to keep up with the rushing torrent, my spirit sings the sweetest tune I have ever heard. And, though I cannot physically hear it, though I cannot listen to the manifestation of music like I do when I connect to my playlists, I hear the serenade as clearly as that faltering music. The melody comes down, Down from Heaven, down from the sweet, sparkling heavens, down from the clouds of glittering glow, down from the bastion towering o’re the rushing ocean’s flow.

Eyes closed, waiting. Heart Quiet, listening. Spirit Willing, Questing. All for the lyrical beauty that spills like an endlessly cascading fall of sparkling water from that inestimably breathtaking Source. Typing, typing as fast as I am able, unconcerned about spelling, punctuation, context, verbiage. I sit in humble wonder as the blessed words pour Down. Down from Heaven. Down from the Sweet, Sparkling heavens. Down from the rainbow of jubilant Promise arching over all of us. Down from the crystal cerulean skies as they weep blessed words, and I am left to cry.

Cry at the beauty expressed through my hands. Weep for the Love, I hope ONE may understand. Cry in joy for the unspeakable gift that raises my life from the darkest rift into which I had fallen for many long years. A rift flooded with unshed tears. Yet now those tears flow down like rain. Down without the crushing pain and they speak in a voice so many can hear, they speak quietly, yet they speak clear. They rush and they flow like the ocean’s roar, like rain falling down in a heavy pour. Down, down, Down From Heaven, Down from the Sweet Sparkling heavens, Down from the Stars that shimmer and glow, Down in a jocund, rejoicing, inexpressible flow into which I am cast, like a fisher of words. And Casting my net, I haul them in to be heard.

launches a project every month