When in the Hush of twilight,

As the golden orb of shimmering light descends

And all the earth sits breathless,

As sound and silence mingle,

Tempting and taunting each other in the Stillness,

Close, then, the eyes that seek;

Perceive the Deepness of Tranquility.

As the rush and hurry all around

Pounds and drives, spins and screeches,

Throw off the shackles of terrestrial Being,

and Know the Deepness of Tranquility.

While thoughts spiral in dizzying notions

And perplexity flirts with Certainty;

Break the chains that bind your Spirit,

Be Still and Hear it!

And as the world goes rushing by

Your Dreams will take flight

To Shimmer and Fly.

Amid the Deep Sweet Song of Burgeoning Life

Taste the Deepness of Tranquility

And Release your strife! 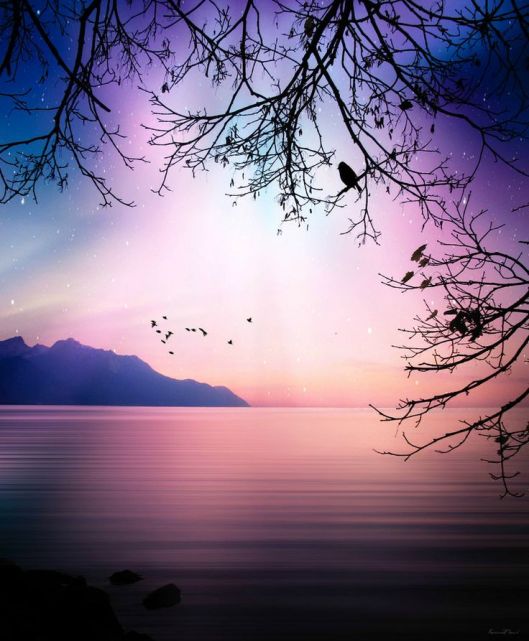 The Song of this Heart

Where once in Melodious Tune

It Played with Sweetest Harmony,

In the Breeze of Night

Of the fallen Light.

Among the Sparkles of night

The Hush Reaches out

This Joy Stands Testament to what my Heart Feels,

To the Simple Truth that makes my Senses Reel,

Tumbling Over in the Stirring Calm,

Soft in the Silence its Voice is Heard

The Word I can neither Deny nor Refute,

That Whispers from the Stillness of my Heart,

Great Light in the Dark

Reaching for the emptiness within

Whispering Mystery where All Life Begins

Guide my Path in Silent Tones

Direct my Wandering to the Place where Life Flows.

Cast the brazen rush of thoughts

Churning as a tempest in your mind

Unto the Solitary wind,

Whispers of Serenity there to Find.

Be Calm among the restless throng

Thrashing in the maddening churn;

From the Hush of starlight as it burns.

Unfasten the shackles of turbulent dismay

Clasping your hands, binding your feet;

Fall back into Serenity Whispering

From the garden of moonlight, Smiling Sweet.

Close your eyes to the agitation of noise;

Sigh deep and long as the world whirls;

Listen to the Silence of Serenity Whispering

As the Choice of Tranquility Gently unfurls.

I recently found myself beside a pristine lake surrounded by acres upon acres of woodland, a crystalline cerulean sky stretching out overhead.  The Quietness and Calmness of that place filled me more sweetly and far more intoxicatingly than the finest wine and the peace that environment suffused into me has lasted days later.  I sat with eyes closed, listening in bewitched breathlessness to the Hush; the whispering wind as it swept its hands through the tawny hair of the bordering trees; the mesmerizing ripples of unobtrusively  burbling water; the laughter of waterfowl praising the golden sunlight and the tambourine chatter of dried leaves tumbling over flaxen grasses.  The Quietness and Calmness filled my senses with Serenity that soothed unlike anything else might, sharing its precepts unforgettably. 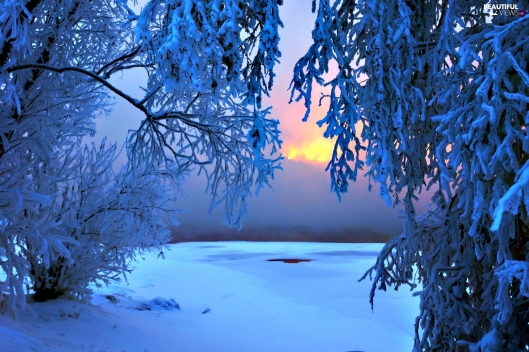 As the snow falls on Christmas Eve, our hope is restored,

our fears released, as we await the birth of the Light.

And our spirits are lifted, embracing

so much wonder within,

the quiet of our hearts.

Hi, my name is Nico and you can find me here:

Descend into my chaos

Silence pouring from the temporal abyss

Luxurious Dichotomy Reaching into the mist,

Waking the listless, restlessness inside

Transforming the gloom to Radiant Light,

With gifts of Purpose and Sweet Clarity

Inspired by Quietness, Calming the sea,

Touching all that lies Unspoken

Words of Thought, Unheeded, In Token

Of hours spent, wakeful and pale

As the Spirit Sings

In Sweet Lullabies of Musing

Beyond all that Life commands confusing,

Touching the Heart with its Delicate Hand 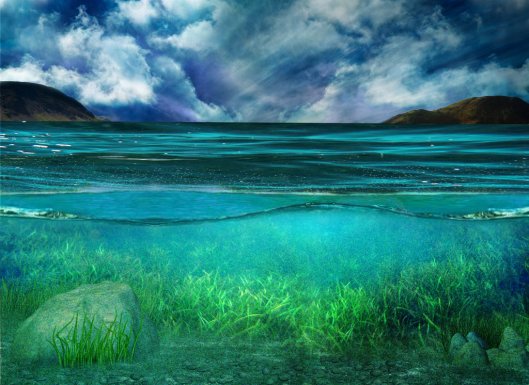 Waiting for the Heart to cease its crying,

Wailing always Woe is Me, END_OF_DOCUMENT_TOKEN_TO_BE_REPLACED

When in the Hush of twilight,

As the golden orb of shimmering light descends

And all the earth sits breathless,

END_OF_DOCUMENT_TOKEN_TO_BE_REPLACED

The Song of this Heart