(Let me begin by saying Sorry, this is rather lengthy….my apologies)

Over the past few days we’ve taken a closer look at Ghosts, Spirits, Specters, Apparitions, the Afterlife, Communication and the notion of The Essence and where it goes.

Charles Dickens had an interesting notion. As Jacob Marley so eloquently put it: “It is required of every man that the spirit within him should walk abroad among his fellow men and travel far and wide and If that spirit goes not forth in life, it is condemned to do so after death! It is doomed to wander through the world! Oh, woe is me! And witness what it cannot share but MIGHT HAVE SHARED on Earth and turned to happiness!” Possible…yes.

William Shakespeare also had ideas about the afterlife. The Ghost of Hamlet’s Father had an equally harrowing insight to share:
“I am thy father’s spirit,
Doomed for a certain term to walk the night,
And for the day confined to fast in fires,
Till the foul crimes done in my days of nature
Are burnt and purged away. But that I am forbid
To tell the secrets of my prison house,
I could a tale unfold whose lightest word
Would harrow up thy soul”

A more modern view, shared by many, suggests that ghosts remain, trapped in this plane of existence because they have something left to do, some message left to give, or some purpose yet to accomplish. These views are expressed in entertaining, as well as frightening, fashion in such movies as “Ghost town” with Ricky Gervais and “The Sixth Sense” with Haley Joel Osment, but who’s to say if any of these views are correct.

Being a fairly regular watcher of the television shows Ghost Adventures and Most Haunted, I can say this for certain: I do not believe ghosts show up and respond to stimuli on cue for the sake of the camera and I do not believe they really care whether we understand or accept their existence as valid or not.

Having said all that, here is what I do believe, for what it is worth. I believe in Angels as well as Demons, and I believe both regularly visit and interact with the human race on a variety of levels for many different reasons. I believe that some ghosts/spirits come and go from this plane in visitation, for lack of a better term, perhaps simply to visit people and/or places they’ve loved during their lifetimes. I believe that ghosts can be seen, heard, felt, and interacted with under the right conditions, or perhaps, the wrong conditions, given your point of view. I also believe they are, potentially, very dangerous.

Of course they are. People are dangerous, aren’t they? And there are “good” people and “bad” people, people who build others up, bolster their faith, people who are charitable, generous, kind, loving, caring, devoted, helpful, while there are those who are not. There are those who are cruel, unkind, self-serving, destructive, malicious of intent and purpose, and twisted so why shouldn’t there be “good” and “bad” spirits if spirits are, simply, people who are lingering here on this plane? Consequently, messing about with them can be, potentially, treacherous.

Having said as much, and knowing as much, I did, in fact, once participate in a “ghost hunt” and it was as exhilarating as it was frightening, so I do understand the “draw. A small group of us went with a local ghost hunting guide to two different locations in Gettysburg, Pennsylvania with EVP digital recorders, EMF meters, and digital cameras at the ready and I was able to capture some very interesting, dare I say even astonishing, images. (shared below,  but being aware of the inherent danger involved with these sorts of interactions, I took what I believe to be necessary precautions. Before entering into that situation, I paused to focus my Essence on the Protection that is ever near each one of us and drew it close; envisioning an aura of bright, clear light encircling me, encapsulating me if you will, in it’s radiant protection. You may scoff and ask, how does light protect you from anything?  My best answer would be, Light is merely the tangible perception of that which is beyond our perception. A symbol, if you will, of the Loving Grace, the Benevolent and Powerful Positive Influence that guards over all of us.

It was dark, it was quiet, it had recently rained so, although it was not dripping wet, it was also neither dusty nor dry and there were only the five of us. I will, of course, say that once you start thinking you are going to see something or experience something, you are, after all, likely to, if only through your imagination; however, all five of us did witness an odd flash of red light at the same time. Given that we were out in the middle of the woods with no roads or other people nearby and no one was, at that moment, using a phone or other digital device, it was peculiar and unexplained. Also, oddly, my camera was the only one out of all five that did not have its battery drained of energy within minutes of arriving on site.

I captured many orbs, most of which can be written off as dust, pollen or water particles in the atmosphere, but some were so bright and showed up in one frame, but not in the next, that they beg to be puzzled over further. But the most shocking (to me) and unexplained images I captured were reddish, cloudy, vaporous anomalies (for lack of any better description) which appeared only in the pictures I took, but could not be seen by any of us. We heard no voices, we saw no insidious specters dragging chains, and no one ended up spewing green stuff from their mouths while shouting obscenities. (thank heaven!) I will say this, however.  I was told by the tour guide that they have rarely, if ever, seen anyone get so much photographic ‘evidence’ in so short a time (a mere 90 mins!)  Someone said the spirits were drawn to me and I confess, I did have an undeniable awareness of the Light within and without.  Like the Elves of Lord of the Rings, I felt the Light Surrounding me a glowing beckon in the darkness, drawing energy thirsty spirits from all directions.  They shared themselves with me and, perhaps, I with them, as I continued to thank them for what they had done there, for the sacrifice they so valiantly offered.  I did not taunt, I did not torment and maybe, just maybe, this is the validation THEY sought, as we sought validation that they were present.

It was amazing and it left me questioning and questing for more. Will I ever go on another “hunt”? More than likely. Do I believe I experienced the super-natural, paranormal, other side? Yes, I do. Does that mean that I can offer valid proof of something that has perplexed mankind since the dawn of time and reason? Nope. But for what it’s worth, here’s a few images of what we experienced. Feel free to formulate your own opinions and, of course, Happy Halloween.

A brightly glowing orb at Devils Den. photos taken in a 3 second interval. 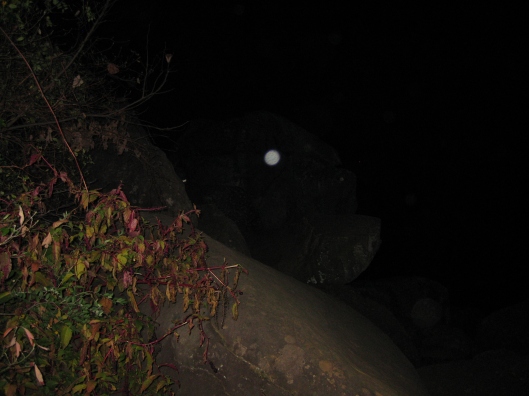 This odd light anomaly hovered and moved around this spot for 5-10 seconds before fading into darkness. 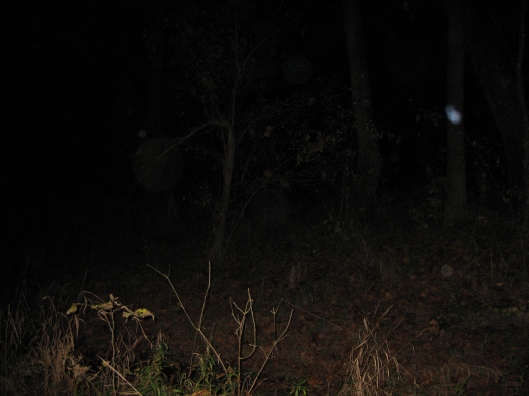 These photos were also taken 3 seconds apart. I moved ever so slightly to one side, but still… Orb in one. No Orb in the other.

These three photos were taken one right after the other. The first shows nothing. The second shows the anomaly I spoke of along with a red glowing orb. The third shows the same two anomalies a few seconds later, having moved from their original location, presumably, following me. 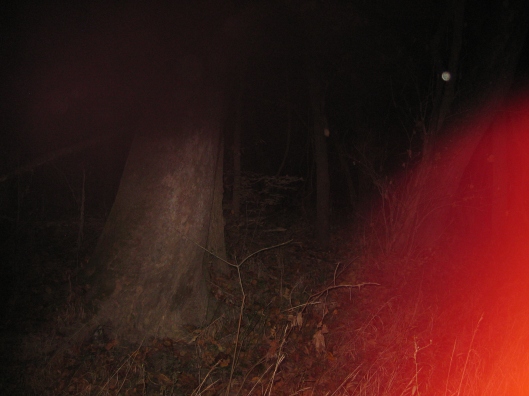 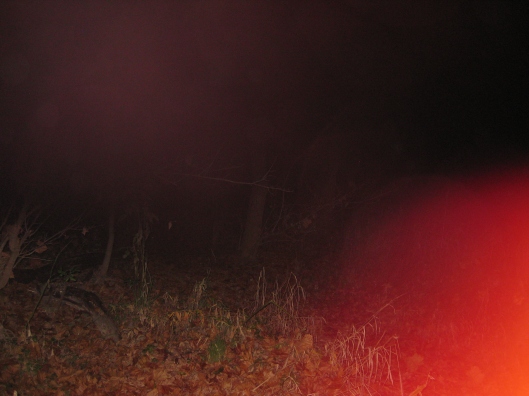 This final image is light enhanced, meaning, after I took it, I enhanced it because of what I thought I saw.  Tell me what you think you see? For me, this image provides the most proof…not only of the existence of the unexplained, but the fact that there is Danger in this sort of exploration that cannot be denied. 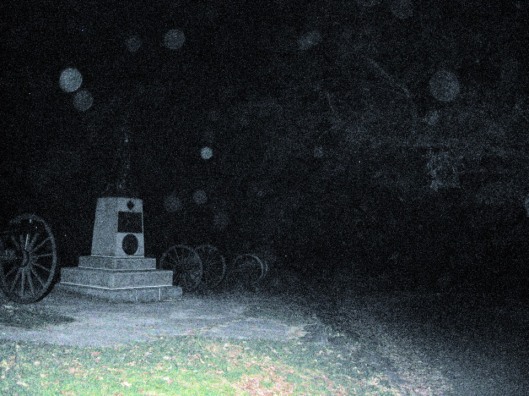 This closes the Series, Those We Do Not Speak Of.  I hope you enjoyed this brief foray into the unknown, but more importantly, I should like to thank you for sharing your experiences, your thoughts, your insights and adding your voices to the conversation.

~Morgan~
.
.
.
Image of Moonlit woods found at: imageswallpapers.com
All Photographs taken by ~Morgan~

happiness is reading books in bed