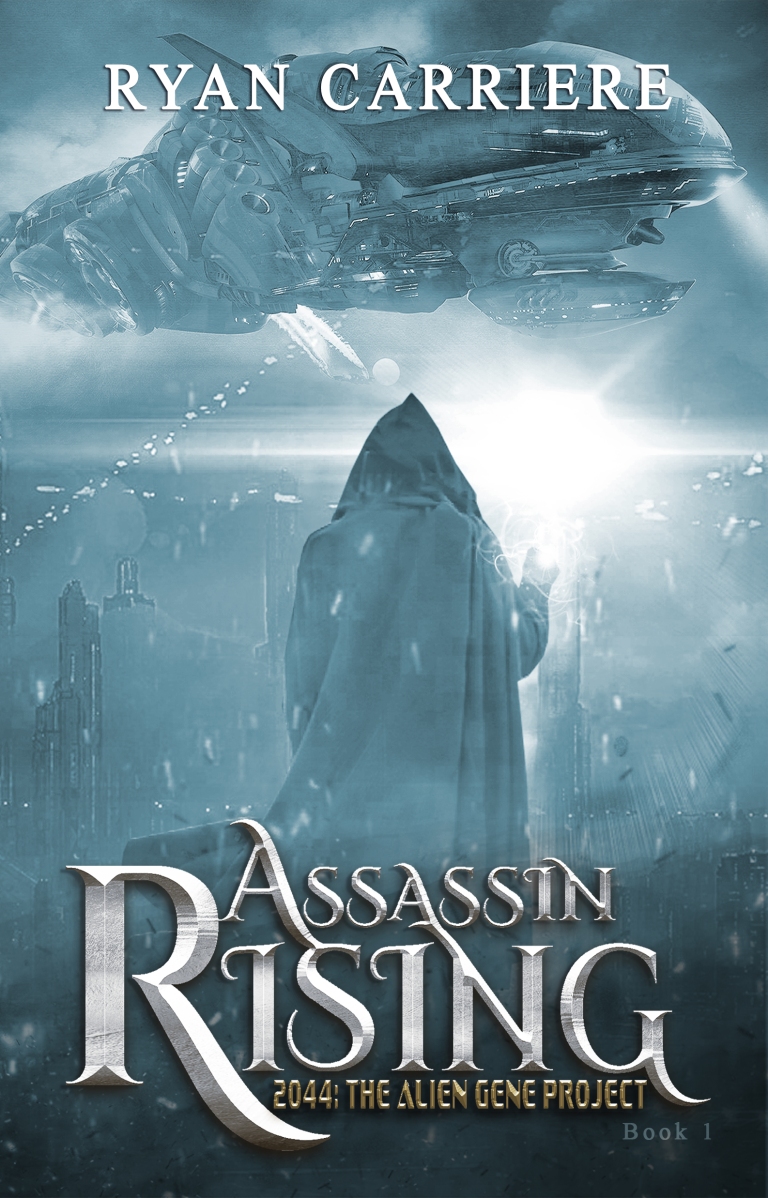 Aliens. Assassins. And the Apocalypse. They killed his mentor. They tried to kill him. And now, they are trying to kill her. Tortured by his past and uncertain of his future, the Assassin Core’s most promising apprentice, Aero, vows revenge on the time-shifting Anarchists, but soon finds himself caught in a web of lies, deceit and espionage. The Central District is under attack from above and within: the Alien Hosts have been silent for days, the Assassin’s Core has a mole, and when Aero discovers Fletcher, the man like a father to him dead, it’s all but too late and things spiral out of control. On the run, he encounters Astrid, the undefeated decagon champion who seems to be at the center of the murders, and despite his best efforts, seems to always be one step behind. They will have to risk it all if they hope to escape the Anarchist’s clutches-and if they fail, they’ll lose everything, including their lives… Hit “Buy Now” and start your ya scifi, cyberpunk journey today. ★★★★★ A short, heart-pounding thrill-a-minute, post-apocalyptic dystopia! 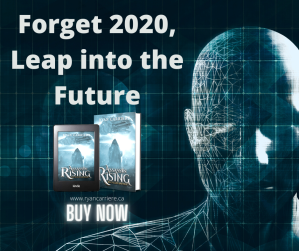 Tell us your initial thoughts of Assassin Rising?

I don’t typically read much science fiction, but I do read a lot of dystopian futures. I loved the unique twist that Assassin Rising has, and how simple yet well thought through the characters are.

What was your favorite aspect of Assassin Rising?

I love how anything goes. Aliens, alternate universes, Neuralink technology, why not? It seems like it would be overpowering, but there is just a pinch of everything and it ties it together.

Who was your favorite character? Why?

Even though he was only in Assassin Rising shortly, I loved Ben. I loved how he interacted with the other characters, and was mature and professional enough to not lash out against Aero or respond to Aero trying to get a rise out of him.

Who was your least favorite? Why?

I don’t have a specific least favorite character, but I do remember when I first read through I had a dislike for Larissa. I’m not quite sure why, as reading through a second time, I see nothing that she did or say that would make me dislike her. In fact, after reading it again I have to say I like her character more, and loved how she interacted with the others in the second scene she’s in.

If you were to compare Assassin Rising to any other book, which would it be? And why?

I can’t really compare Assassin Rising to anything I’ve read before, as this is the first time I’ve read something like it! It’s something fresh and new, yet still has the dystopian aspect like in The Hunger Games.

Who would you recommend read Assassin Rising?

I would recommend Assassin Rising to people who love dystopian futures. I’ve already recommended it to a few friends who love books like Divergent, The Giver, and Legend. It’s not your typical dystopian storyline, but instead takes it and twists it into something new and exciting.

What sparked your interest in this story that made you want to read it?

The first sentence really pulled me in, but what really caught my interest was the tie in with events happening in our current year, how it affects the rest of the timeline, and how they deal with it.

What surprised you about the story that you didn’t expect?

I was not at all expecting the end of the book. The last few chapters were a big surprise, especially the thing with Astrid. I especially loved chapter 15, the final chapter, due to how different it is from most books and movies.

Which scene has lingered with you the most? Why?

I can’t stop thinking about the scene in chapter two, where we get a backstory for what has happened. I love how Assassin Rising talks briefly about COVID and nuclear wars. That scene also had me wondering about other things that were mentioned, and to top it all off, I loved the interactions between Ben and Aero.

If you could ask the author anything about the book, what would it be?

I’d love to learn more about the Sky Wars, as it’s just mentioned once or twice, enough to keep the reader interested and needing more information.

What are you hoping to see happen as the story moves forward?

As a tie in to the previous question, I’d love to dive deeper into the backstory of the Sky Wars, and learn what went down in 2044. I’d also love to read an interaction with the Hosts, and meet them 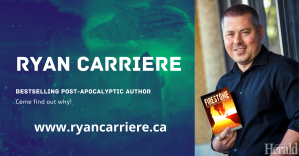 Ryan Carriere broke out in 2019 with the bestselling Eternal Stones series and is back with a new sci-fi, time-travelling, cyberpunk dystopia!

Assassin Rising: 2044 The Alien Gene Project is the first novella in the series. Stay tuned for next in the series, coming out late 2020!