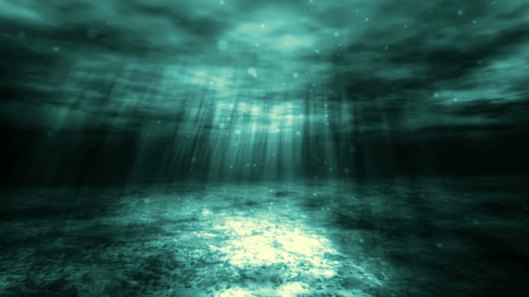 “Think back to high school, Josh. We had several classes together. When we were little, we even rode the same bus.”

I drew a blank.

“Julie Hanson!” she said, exasperated. “My name is Julie Hanson. I graduated the year after you? Hello? We saw each other every day. I even sat beside you in Geometry.

She laughed without mirth, and threw a pillow at me. “Get some sleep, Dumbass. We’ll have plenty of time to catch up in a few hours and you can tell me all about cold water and shrinkage.”

I awoke some time later to the smell of bacon. I was happy to see she had dried my clothes and dumped them in a heap on the floor. I dressed beneath the blanket and found her in the kitchen pouring bacon drippings over Morpheus’s dog food. He inhaled it in seconds and stood watching me, licking his chops.

“Do you remember me yet?” she asked.

“No,” I admitted. “My memory has never been great.”

She nodded and stared at the stove. “Have you given thought to the other thing we discussed?”

I sighed. “The emeralds are stashed in a waterproof bag. They’re sitting at the bottom of the lake at the end of your dock. Somehow, we need to get them out before it freezes or we’ll be waiting until Spring.”

She looked up. “You threw a bag of priceless gems in the lake?”

“There weren’t many options. I wasn’t planning on swimming last night. I didn’t plan on running out of gas.”

“Brad Adams was chasing you?”

“No, just some guys who work for them.”

“So you abandoned your car and ran?”

“How far from here? How far away is the car?”

“Your car is sitting a mile or two from here?”

“Brad Adams. When I grabbed the rocks.”

She searched my eyes to confirm that I was telling the truth. “Do you even know how lucky you are to have found me, Josh? No offense but you kinda suck at this.” She jabbed a plate of bacon, eggs, and toast into my ribs. “Eat. Then tell me everything. Start at the beginning. We need to come up with a plan,” she said. “A real one.”

After devouring the breakfast she made, which was far better than anything I’d eaten at the diner in a long time, I prepared to divulge the truth, or at least my version of it.  We sat in the living room like old friends.  She was nestled on the love seat beneath one of the many blankets she had piled over me the night before, while I had spread out on the couch and was staring at her brazenly, thoroughly enjoying the sight of her.

“The long and short of it is, Brad Adams owed me a lot of money from a Texas Hold-Em game a few months back and refused to acknowledge the debt.  I don’t have the ‘muscle’ they have, mainly because I don’t know any thugs; so I decided to take what they owed me.”  She stared back at me, the deep green of her eyes as impenetrable as the shadows of a forest.  I stared back, unsure if she believed me or if she was contemplating murder; her expression was that indistinguishable.  I hesitated; then plunged on in a false show of confidence.

“I hung out at the tavern until after closing, faked a last minute visit to the washroom; then slipped up the back stairs while they were closing up.  Brad was busy with some piece of…” I broke off and gestured a wordless apology for the rude reference before continuing.  “Brad was otherwise engaged and didn’t notice me when I went into the office or when I came out again.  Emeralds secured under my vest, I skirted the washroom and headed for the door.”

“How did you get your hands on them? Wasn’t there a safe or something?”  I smiled and nodded, but chose not to reveal that particular detail.

“Not so much with cars though, apparently.”  Her jibe was less critical than it was teasing and I noticed a smile flirting with the corners of her mouth.

“I know.”  I stared at her again, long and hard, and it was only then that I remembered.  Nearly ten years had passed since that Geometry class she mentioned and I hadn’t given her a second thought, mainly because ten years ago she was one of those shy girls at school that no one bothered to look at twice.  Not because she wasn’t pretty, which, as I remembered, she was, but because she wasn’t one of the girls a guy could take home on a Friday night.  She had even called me Dumbass, just like she had done one Valentine’s Day when she had placed a single rose in my car and I had inadvertently destroyed it while taking one of the ‘Friday Night’ girls home. The memory didn’t sit well with me, especially since she had blossomed from pretty schoolgirl to beautiful woman during the past ten years and now I was sitting with her, alone, in her secluded cabin.

Fred Rock of Fred Rock Fiction recently contacted me to discuss a possible, extended collaboration during which time we would write a short story based upon a piece he had begun and then hit a wall.  I read the portion he wrote (designated above and throughout these posts in italics ) and was immediately intrigued.  Inspiration sparked, we set about sending the piece back and forth between us for several weeks, adding to the tale, discussing possible stumbling blocks, and finally editing the ‘masterpiece’.  Our final story is now ready to be shared, which we shall do in increments for your reading ease (and hopefully enjoyment!)