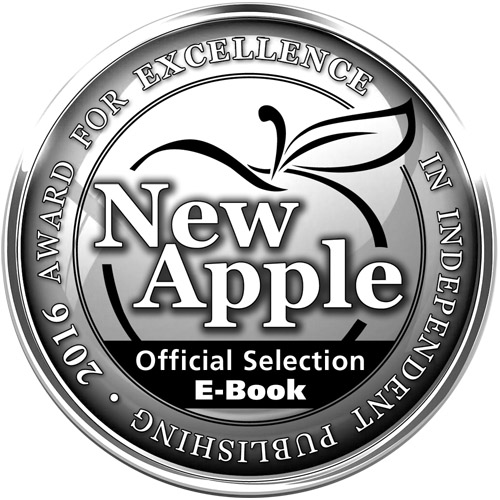 Whether you’ve been around BnV since it’s inception (way) back in 2013 or just popped in to satisfy your curiosity, you are probably already aware of the fact that in addition to writing poetry,  I have been writing a fantasy trilogy. (or maybe you weren’t aware before this moment, but now you are so we are all on the same page).

Dark Fey is set in a Fantasy Realm of my creation, but the message is relative to our own reality.  That being, The Power of Hope, Acceptance and Forgiveness can change the world, if/when you take Positive Action to Create Change through doing what is Right.  (Or perhaps an easier way of saying it would be to say: ) The only way to achieve Peace is to become Peace.  This message came to life partially as a result of learning about the LRA (Lord’s Resistance Army) in Uganda, where militant rebels have been abducting children for over 20 years, integrating them into their army through abuse and cruelty, and forcing them to endure lives of unthinkable violence.  I was moved to my very spirit by such a horrifying truth and chose this medium to share a similar story. However, unlike our own reality, where this atrocity continues even today, the Fey of Jyndari choose to change their world by taking Positive Action through Sacrifice, Acceptance and Forgiveness.

Book one, Dark Fey:  The Reviled 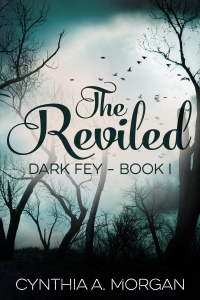 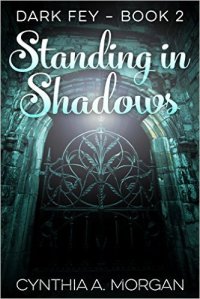 have fared well over the two years since their initial publication, receiving multiple 4 & 5 star reviews and gaining me the marvelous blessing of a publisher at the beginning of 2016.  Earlier this year, they were also awarded 5-Star reviews and recommendation by Readers Favorite, a merit that literally brought me to tears…Twice!

Yesterday, I received even more amazing news. Dark Fey:  The Reviled was awarded the 2016 New Apple Literary Agency’s Fantasy Book Award for Excellence!  Needless to say, when I opened and read the non-descript email they sent, I was left unable to form complete sentences for nearly an hour (no really, I couldn’t! which is why this post is showing up today, not yesterday).  Such an immense honour for this relative newbie to the world of Indie Publishing is difficult to put into words, but knowing me as well as you do, I shall not strive too long or this post will turn into a book of its own.

My current Work In Progress is, not surprisingly, Dark Fey:  Breaking Into The Light, book three of the trilogy, which has developed into a multi-story line finale that is sure to be longer than both of its predecessors combined! (Sorry, but finale’s usually are, aren’t they…either that or they morph into three additional books, which I hope not to do. No no no, I fully intend for my trilogy to remain a trilogy, but I digress…)

So you may be wondering what book three has to say; where it’s headed; what is it’s ultimate purpose?  Far be it from me to unleash any spoilers on you, (even if you haven’t read the first two installments…yet!), but there are a few brief teasers available (below)  to tempt you, should you find yourself intrigued.

Having said all this, I cannot and will not forget to say Thank You.  Thank You to the Source of Inspiration from which the beautiful underlying message of this book flows so freely and unceasingly.  Thank You to all of You who have read, reviewed &/or supported Dark Fey along the way.  And Thank YOU for your kind indulgence, for listening and sharing my excitement over a work in progress that has been my life and breath for years now and shall be for many many more to come.

Unspoken – Breaking Into The Light Teaser

Ilys – A Portrayal of PTSD- Breaking Into The Light Character Sketch

A Dangerous Game – Breaking Into The Light Teaser

A Final Word about Dark Fey :   It is my Hope to be able to donate a portion of the proceeds from the sales of Dark Fey to UNICEF’s work in Uganda where they actively rehabilitate the children affected by the LRA.