Welcome my Friends 🙂 Happy Saturday and, once again, thank you for stopping by to see just who is In The Lime Light this weekend 🙂 I confess, I am Delighted to share a poet and writer with you who has inspired me since the first time I posted on BnV; a friend who has been around since the beginning and whose writing pushes the boundaries and makes me smile, laugh, gasp, tremble and sigh! You will agree, I am sure, when I tell you that Richard Ankers (whose wonderful blog you can find here: http://richardankers.com ) made a rare appearance in the Interview arena JUST for Booknvolume…well and for all of YOU as well…so my blathering is pointless. Lets Jump Right In shall we? 🙂

IN HIS WORDS: Richard was a Company Director in retail until finally plucking up the courage to show people the writing he had spent years shyly stashing away. Joining HarperCollins’ Authonomy site was the jolt he needed to realise people liked what he wrote. Winning a gold medal there for his book The Snow Lily, was a great boost. Since then, he has spent a long time writing and preparing a trilogy of SciFi/ DarkFantasy books which he hopes to have traditionally published. Richard stopped by for a natter, so lets put the kettle on and get right to it!

Please Introduce us to your Blog. What is it all about? What sorts of posts do you lean towards?
RICHARD: Hello, my name’s Richard. My blog is a place where I post writing and poetry that is on my mind and needs to come out, (there’s far too much in there.) I use my blog as a way of honing my skills for the longer writings that I love. I believe the more you write the better you write and I try to practice what I preach.

What Inspires and stirs your creativity?
RICHARD: Everything inspires me. I can hear a word, or see an image, or even hear something, and it sets off the creative juices. I have written a whole trilogy of books based on one simple image that I saw and was taken by. I never struggle for something to write about because I will never have enough time on this earth to write everything that’s in my mind.

What Message, if any, do you hope to Share through your blog/posts?
RICHARD: I don’t really share any message other than insisting on writing what I want. I would always encourage others to do the same. Don’t pamper to people because the most heartfelt words are those that are most honest, regardless of the length or style they are presented in.
How has your blog helped you as a writer/Indie Author? What things have you learned along the way that you never anticipated?

RICHARD: I wouldn’t say my blog has helped other than not having to worry about wasting what I’ve written. It’s given me a home for all the words.

Tell us about your book(s):
RICHARD: My first book was called The Snow Lily, a story about two abandoned children in Victorian times. I was lucky enough to win a gold medal on the HarperCollins Authonomy site through my efforts. This gave me great confidence (as I have none) and a major boost to my resume. I never had any intention to publish it but one day I might.

I am currently writing a Sci-Fi / Dark Fantasy trilogy. I have made the unusual decision to write all three books in one go and then return to them one by one in order for publishing. I want each book and the trilogy as a whole to be perfect before it goes out there. Believe me when I say, they are unlike any Dark Fantasy book you will have read. The Trilogy was going to be called Decadent Gothic but I have recently altered it to The Eternals Saga, as it’s just a touch more appropriate.
PS. Shhh! They’re almost done.

What Inspired you to write your book?
RICHARD: The whole Eternals Saga was based on a single, spectacular image that I saw. I can’t say what though, as it would give the game away.

From what Point of View do you prefer to write? Is there a reason?
RICHARD: I prefer first person but aren’t particularly bothered. I just find it easier to be in the protagonist’s shoes if I am writing as though it is me. I like to look through my main character’s eyes, so to speak.

How would you describe your “Voice” or Style of writing?
RICHARD: People have said I have a Literary style, but I would leave that to others to decide.
What genre do you prefer to write or are you truly eclectic?

RICHARD: I love every genre. I hate to be pigeonholed. But, dark fantasy and the speculative genres that abut it are my real passion. Basically, things with a fantastical element.

Do you painstakingly plot out your story; are you a discovery writer or a bit of both? Why?
RICHARD: I’m neither. I’m very lucky that the moment I have the idea the whole thing unravels in my head. I have no need to write a word of plot unless I wish to. I know exactly how it will start, finish and everything in-between within moments.

Share an insight or secret about your book(s).
RICHARD: They always have a twist near the end.

What do you feel is your best advice to share with other aspiring authors?
RICHARD: Write what you want how you want. And NEVER, NEVER EVER let anyone tell you that you aren’t good enough. Practise and you will be.

And now, the part most people hate…lets talk About YOU: 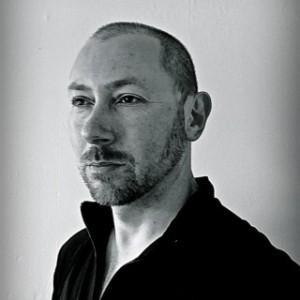 If you had to describe yourself to someone who has never met you, what might you say?
RICHARD: I wouldn’t, as I’m too shy in person. I always know what to write but never know what to say. Plus, I’ve never had a very high opinion of myself.

If you could meet one person from the past, who might it be and why?
RICHARD: Nobody in particular.

When you are NOT writing, what is your favourite pastime?
RICHARD: I love to run and do so everyday. I also love nature and all it encompasses.

Describe Your Dream Getaway Destination. Have you ever been there? What makes this place Irresistible to you?
RICHARD: My dream destination is Wengen in Switzerland and I have been there. The place has spectacular scenery, mountains to die for, and once out of the town itself is wonderfully quiet. I also love the British Lake District for similar reasons. I would love to live near mountains and am a very quiet person.

Do you have a Mantra?
RICHARD: Above all else be happy. Life is too short not to be. (Lots of people say that but don’t really mean it. I mean every word of it.)

I am honoured, Richard, that you agreed to share a bit about yourself and your writing with me/us. Thank You Ever So!