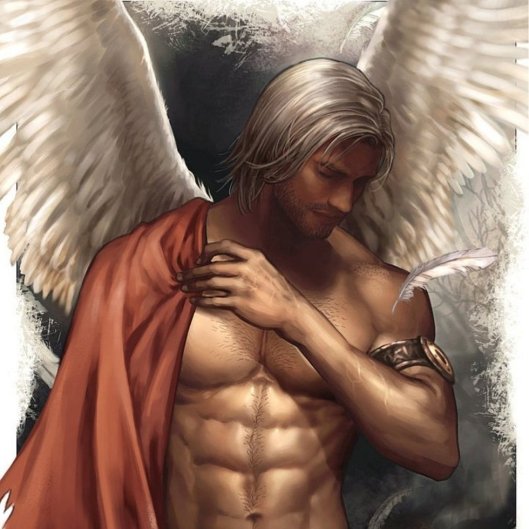 My current WIP Angel of Mercy just passed 100K words today!  I’m really excited because none of my previous 3 books even came close to that many. No diss to Dark Fey, I love my trilogy, though I do often wish I could go back and add more to the story, but right now I’m focused entirely on Angel.  What is this new story about?  I’m so glad you asked….

Its a Post Apocalyptic Fantasy Romance. It tells the story of life after the first 3 Horsemen, Pestilence, War and Famine, have ridden. In the 4th Era after the Great Cataclysm, (roughly 400 years in the future) the final horseman, Death, is caged and waiting on the Archangel of Mercy to release him. Tzadkiel has been sent to earth in human form to find one human who still understands Mercy. He has been given 100 years, after which Death must be released. With only 4 years remaining, he finds her; a servant named Lourdes, but they must escape the harsh dictatorship of the Eminent Protectorate and find a place of sanctuary before the appointed hundred years are spent and Death is freed from the abyss.

Intrigued?  Me too!  So in honor of this momentous occasion I’m sharing a short teaser too!

Her moan drew him out of the dark well of agony he had become so accustomed to and he opened his eyes to look around uncertainly.  He thought he had heard speaking, but could not combat the heavy darkness pulling him downward; yet this soft sound drew him back. Surely it had not been a manifestation of his mind.  Had it?  Was this sound some indication that his mind was attempting to disengage from his tortured body?  Was it like the screams he had heard only moments ago, just a figment of his imagination? Had it been only moments ago or had he slipped into unconsciousness and they had actually been nothing but a dream?  Or perhaps days ago?

His thoughts were a tangle of pain and confusion that made him doubt himself, but then another soft noise beside the table captured his full attention.  Was it crying?  Was it an animal that had found its way into the chamber or had the young servant returned? His thoughts spun for a moment as he considered. Was this even the same day as when he had seen her?  He had no point of reference; his memory was a disjointed haze of anguish, torment, and severing isolation that fragmented his thought into pools of jagged darkness.  They spun slowly, reaching for him, drawing him inward and the quiet calm at its center was irresistible.

He closed his eyes again.

“You do not need to suffer this.”  A deep, resonant voice filled the obscurity surrounding him. It encircled his essence like spiraling water, pulling him up from the pit into which he had fallen.  He was himself again, vibrant and strong, the spiritual embodiment of mercy in its purest form. Turning slowly, he searched the blackness for the one who spoke.

“They only hurt you because you allow it.”  Again, the deep voice echoed into the gloom.  He nodded distractedly, the sensation of the absence of pain euphoric.

“I know.”  The diffuse light surrounding him shifted from golden-white to murky red.

“I wait.” He suddenly understood. It was the one behind him, waiting to be released, waiting for him to be satisfied that there were no longer any living souls of mercy left among the lost throng of humanity, but he wasn’t convinced this was true.  Not yet.  He repeated himself more assertively.

“Time grows short.”  He understood this as well.  He had been given 100 years.  If a single soul could not be found in so vast a stretch of time, then it would be accepted that none remained and the final Horseman, Death, would be released. He had waited all this time, but was obviously growing impatient.  Squaring his shoulders, Tzadkiel pierced the darkness with his deep violet gaze and spoke formidably.

“100 years has been appointed and I shall not be rushed.”  Slowly the murky-red haze diminished back into darkness as a low growl acknowledged the final Horseman’s acceptance that he would continue to wait.